Glaucoma is a vision-threatening disease that can cause optic nerve damage, most often from high pressure caused by poor drainage of fluid (aqueous humor), which supplies nutrients to the cornea and lens. Glaucoma is one of the leading causes of vision loss and involves progressive and irreversible damage to the optic nerve.
View Video

The Most Common Types of Glaucoma are:

Open-Angle Glaucoma is the most common type that occurs in approximately 90 percent of those who suffer from the disease. This condition can develop gradually and be undetected for years, slowly damaging vision.

Acute Angle Closure Glaucoma or Acute Closed Angle Glaucoma is an eye emergency which is much more rapid in the onset and affects less than ten percent of glaucoma patients. Symptoms occur suddenly and are much more severe, but vision can be preserved with prompt, effective treatment. 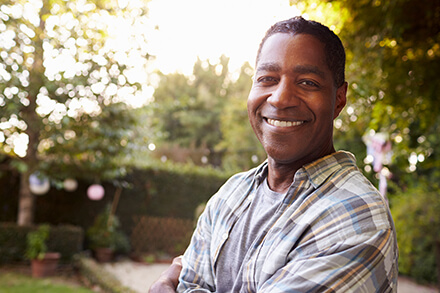 In open-angle glaucoma, the drainage channels in the angle (called the trabecular meshwork) are partially blocked, causing the aqueous humor to drain out of the eye too slowly. The exact cause of open-angle glaucoma remains unknown. Closed-angle glaucoma occurs when the iris protrudes forward to narrow or block the drainage angle formed by the cornea and the iris. As a result, aqueous fluid can no longer reach the trabecular meshwork at the angle and the eye pressure increases. Sometimes, glaucoma can be traced to a known cause, such as eye injury, inflammation, tumor, advanced cataract or diabetes.

© Copyright 2021 Ginsberg Eye. All Rights Reserved.
If you are using a screen reader and are having problems using this website, please call 239.325.2015
Privacy Policy // Accessibility Statement